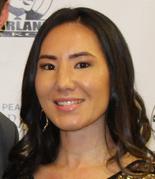 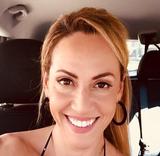 Chandrakanth Vemula (Chandra) is very actively involved in the community. A software developer by profession, he currently manages his wife Dr Vishalakshmi Batchu's  ,medical practice and also co manages Greater Businesses of Pearland (http://www.gbpearland.org ).  He also serves on the committee that organizes the Pearland International festival and organizes Keep Pearland Beautiful's annual Pearland Clean and Green Event in spring. He is known to be a people's person, very enthusiastic and altruistic and is always working to bring the community together 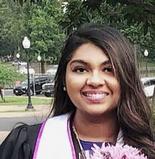 Natasha Tennison - Runs a non profit called Gathering Outreach Community after school child enrichment program. The programs offered are kid journalism, dance, drama, personality development and much more. She has been associated with Wobble before you Gobble since its first day and has volunteered at every event and gives a lot back to the community. Natasha is an awesome EMCEE and will be emceeing at the 2019 5th Annual Wobble before you Gobble.

Elizabeth Thomas (Liz) is one of the main champion behind the success of 'Wobble Before You Gobble'. She owns 'The BURN Personal Training Studio' and coaches a lot of people at her studio in Shadow Creek Ranch, Pearland, TX. She also has a day job and a mother of two beautiful girls. She is popularly known as "Wonder Woman" for her all round skills. She co organizes events for Shadow Creek Outdoors Club. She Emcees for various events - the Pearland Creek Clean and Green, Wobble before you Gobble and the Pearland International Festival

Jamie Nicole Jamie, a resident of the Pearland area, is a certified Health Coach that is also known as The Natural HEALing Coach. Jamie has attended or participated in Wobble since the first event in 2015. As a health, wellness enthusiast and fitness instructor, she is passionate about spreading the message of Healthy Eating and Active Living using a holistic approach to make lasting lifestyle changes. Her philosophy is one that emphasizes enabling people to optimize their health, live an abundant life, and give back to others and the community. 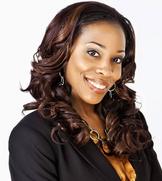 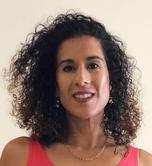 Veronica Becerra Soto is a household name in Pearland, especially in the Shadow Creek Area. She has been a personal trainer for over 25 years, a breast cancer survivor and is a very positive influence in the community. She was the emcee at the first annual Wobble before you Gobble in 2015. She joins the team again in 2019 and the team is excited to have her on the committee and as the lead emcee. Veronica

Sharon Sunny has been a long time resident of Pearland. She is into nursing. She joined Greater Businesses of Pearland's team in 2019 as she is inspired by its community outreach and activities. She joined the wobble ebfore you gobble committee in 2019 and has been helping with logistics. She like to spend her time doing community work and likes to interact with people and learn new things.

Lety Jimenez-Ler is a resident of Pearland and owns a popular Massage franchise "Elements Massage" in Pearland. She is well known in the business community and is popularly known as Queen of Social Media. Giving is very natural to her and she works round the clock to develop her business and in the process helps other businesses and the community in a big way. Lety has been a big contributor for  all our events in the past 2 years and has been a big asset to our team. She has a great attitude and is looked up on as a role model by a lot of aspiring small business owners.

Shobi Raj - Shobi’s background include graduating with an MBA and working for a large health insurance conglomerate for over 15 years in various leadership positions including training and educating health care providers.   Currently, she owns an independent agency, which brokers a network of over 7,000 attorneys to provide affordable access to legal services and identity theft protection through LegalShield.
She is known to help various non-profits both locally and internationally in fund raising to help them grow. Currently, she holds the position of Treasurer for the local non-profit, Shadow Creek Outdoors Club and Treasurer for the Robert Turner College & Career High School PTA as well as serving as an Ambassador for the Pearland Chamber of Commerce.
During her free time, she enjoys spending time with her husband of over 35 years and her 5 children.

Molly Poenitzsch - began her active lifestyle at a very young age. She's earned a 3rd-degree black belt in TaeKwonDo and continues to remain active in sports including swimming, running, and biking. Molly is an accomplished pianist and enjoys cooking healthy meals, gardening, exercising, volunteering in the community and walking Lola and Luna, she & James' canine family members.
Molly has completed 2 half marathons, 1 sprint triathlon, and 1 Olympic triathlon. Molly loves educating and encouraging people toward healthy lifestyles so that they can continue to enjoy what they do. She joined the committee in 2019 and brings in tremendous amount of energy and a "Yes we can" attitude 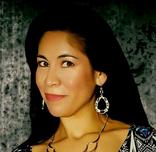 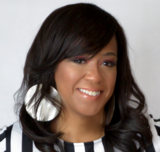 Ysela Craig - is a resident of Pearland. Ronnie and Ysela are a super couple and are a big part of Shadow Creek Outdoors Club and always take a lead role in our events. Ysela and Ronnie have a company called "Nutrition Hub" where they promote healthy living in terms of diet and exercise and have become a favorite Pearland family. She set herself as an example through her transformation in terms of health and fitness. Ysela continues to play an important role in our community and both Ronnie and Ysela are always available to support our events.

Nicole Cosme Bowen (Nicole) is the marketing director at the Pearland Town Center and organizes a lot of events. She used to work for the City of Pearland and coordinated a lot of events. She partnered with the existing Wobble Gobble Team and has been hosting the event at the town center in 2016. She brings great experience in terms of organizing events at a large scale and the Wobble Gobble team is more than excited to partner with her and the Pearland Town Center.